I won’t be doing a live show today, but I have a fresh episode for you nonetheless. I went down to New York to see my folks yesterday. In the car on the ride over I was energetic and thinking and had my recorder with me. 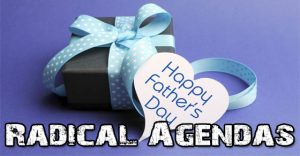 So in between listening to last night’s episode of the Radical Agenda, I took some voice notes and went on some rants on record. I was going to put them behind the paywall, but I literally have too much stuff. So I just decided I would give you this special preview of what members only bonus content is like.

Today’s episode is almost the full two hours, and contains clips of me critiquing myself on Episode 318, father’s day, British terrorism, and gay riots.